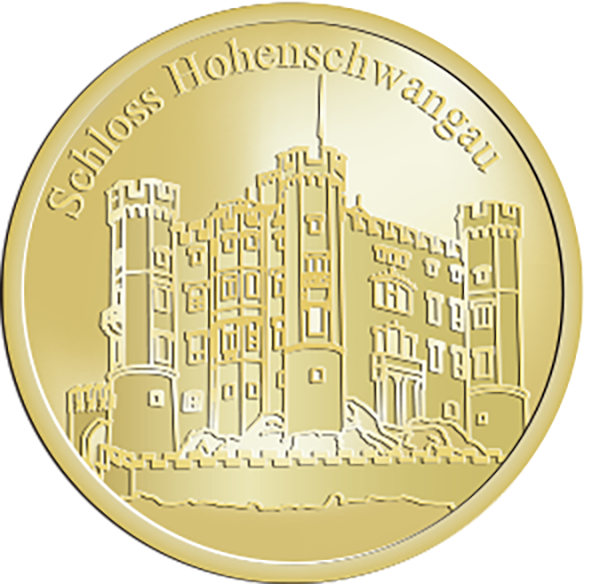 Hohenschwangau Castle was built on the remains of the fortress Schuangau, which was first mentioned in historical records dating from the 12th Century. A family of knights was responsible for the construction of the medieval fortress, and it served as the seat of the local government of Schwangau. In 1523, the schloss was described as having walls which were too thin to be useful for defensive purposes. After the demise of the knights in the 16th Century, the fortress changed hands several times. The decay of the fortress continued until it finally fell into ruins at the beginning of the 19th Century. In April 1829, Crown Prince Maximilian (the later King Maximilian II of Bavaria) discovered the historic site during a walking tour and reacted enthusiastically to the beauty of the surrounding area. He acquired the ruins – then still known as Schwanstein – in 1832. In February 1833, the reconstruction of the Castle began, continuing until 1837, with additions up to 1855. Hohenschwangau was the official summer and hunting residence of Maximilian, his wife Marie of Prussia, and their two sons Ludwig (the later King Ludwig II of Bavaria) and Otto (the later King Otto I of Bavaria).