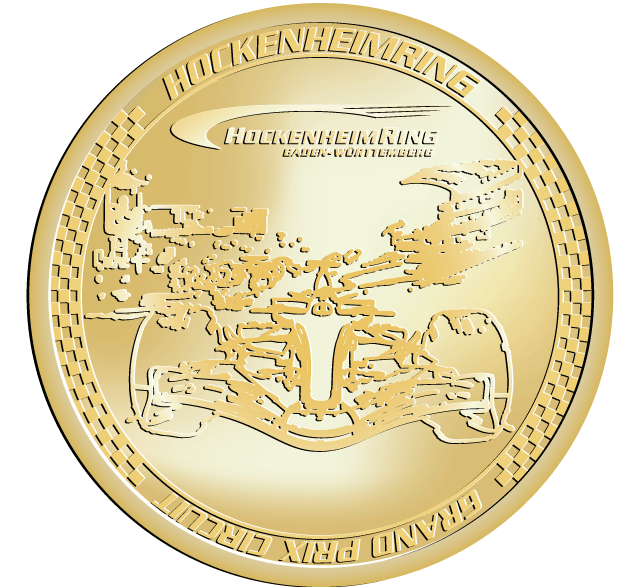 Hockenheimring Baden-Württemberg is a motor racing circuit situated in the Rhine valley near the town of Hockenheim in Baden-Württemberg, Germany, located on Bertha Benz Memorial Route. Amongst other motor racing events, it biennially hosts the German Grand Prix, with the most recent being in 2014. The circuit has very little change in elevation.The Hockenheimring was originally built in 1932 using roads in the forest as an alternative to the Wildpark-Circuit in Karlsruhe, which became forbidden as a racing circuit by German officials. The Hockenheimring was used for motorcycle racing and was expanded to be used as test track for Mercedes-Benz and Auto Union in 1936. In 1938 it was renamed the Kurpfalzring and that name was used until 1947. After the war, former DKW and NSU factory rider and world record setter Wilhelm Herz promoted the track successfully. Grand Prix motorcycle racing events were held, with the German motorcycle Grand Prix alternating between Hockenheim and other tracks.The original circuit was almost eight kilometres long and consisted of two long straights with a long ‘Eastern’ corner in the forest and a U-turn inside Hockenheim joining them together.