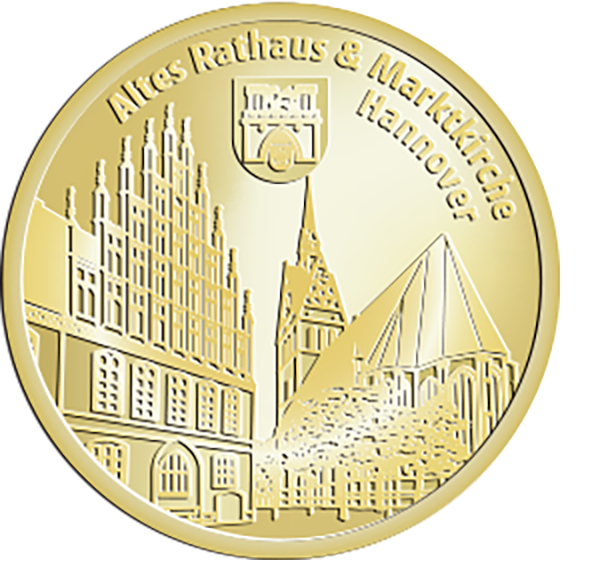 The old Town Hall was built over a period of more than 100 years. The earliest part (from 1410) overlooks the Schmiedestrasse (Blacksmith Street), the later wing next to the market was erected on the foundations of the 13th century trade hall. The marketplace was at the very centre of urban expansion in Hannover. Merchants and craftsmen used to live around here. In the 14th century, the Marktkirche (‘The Church at the Marketplace’) was built here. Together with the Old Town Hall to the right they are considered to be the southernmost specimens of the ‘North German neo-Gothic’ style.