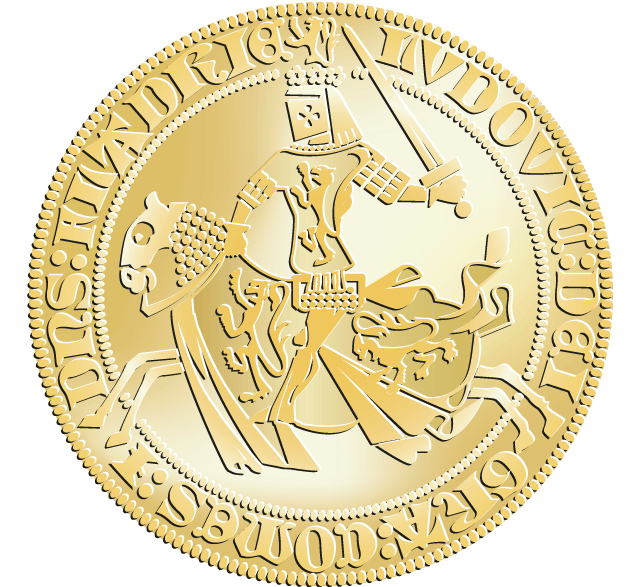 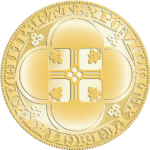 This coin is a replica of a medieval coin called “Gouden Rijder” (Golden Horseman). “Golden rider” was issued by Louis of Male, count of Flanders (1346-1384) and beaten in Ghent and Mechelen.
Under his rule coins were minted at the Gravensteen in Ghent, around 1353, where one can still see the remains of the melting furnaces. The ‘Gouden Rijder’ coins are considered to be among the most beautiful medieval coins. Coin is available at Gravensteen.