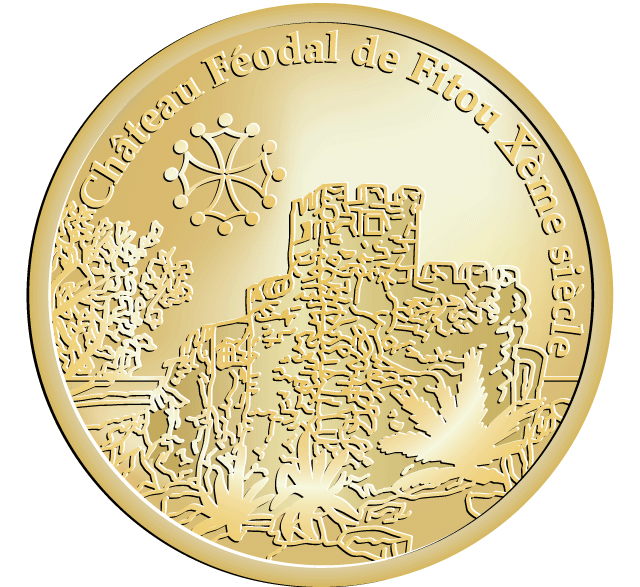 The date of construction of the castle of Fitou is not known, but it is very old. In his will dated 990, Viscountess of Narbonne bequeathed in vila de Fictorius Ermangaud to Narbonne. The territory of the castle extended to the border of Salses. The castle by his situation, was repeatedly exposed to the chance of war, he was besieged, burned and rebuilt several times. Many lords reigned. After the fall of Montsegur Castle , and the defeat of the Cathars, the Lord of Niort, heretic, converted to Christianity and settled in the castle. Aragon was the last family to occupy the castle lordship until the revolution of 1789. The castle was sacked and burned in 1843. Time he served as a stone quarry for the construction of the present village following a report of destruction from the prefecture and threatening over the ruins of the village and the municipality does not have the resources to undertake its restoration sale Building an individual, Mr. and Mrs. Jacky Gaillot antiquing in Paris, from 1972 undertook its restoration. The building is registered under the historical monuments in 1948.