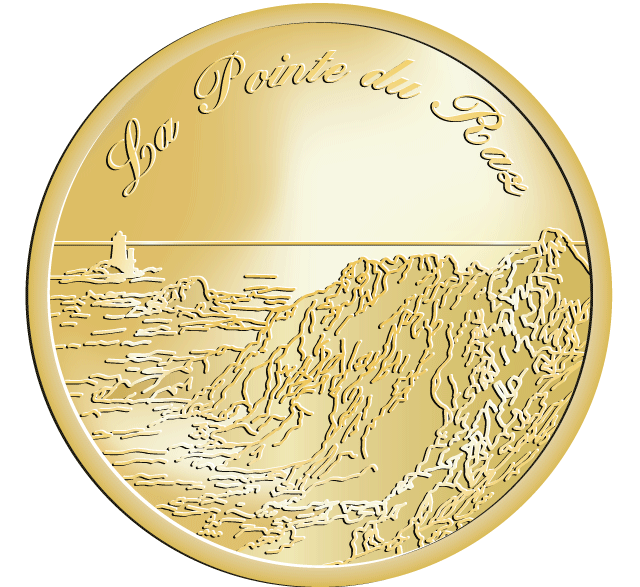 The Pointe du Raz is a promontory that extends into the Atlantic from western Brittany. It is named after the Raz de Sein, the dangerous stretch of water between it and the island of Sein. Pointe du Raz is part of the Sizun Cape, and is a narrow headland of slate and granite rocks almost 80 meters high above the waves. It is surrounded by rocky outcrops which are particularly dangerous for sailors. It is a dramatic place of crashing waves and strong winds.