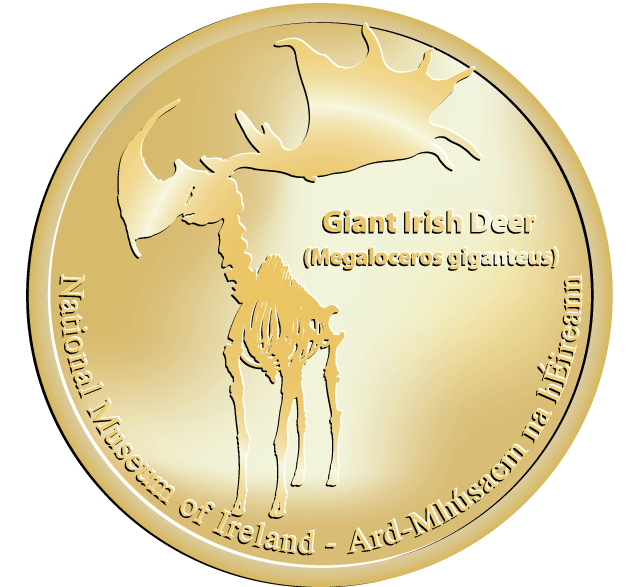 The Irish Elk or Giant Deer (Megaloceros giganteus), was a species of Megaloceros and one of the largest deer that ever lived. Its range extended across Eurasia, from Ireland to east of Lake Baikal, during the Late Pleistocene. The latest known remains of the species have been carbon dated to about 7,700 years ago. The Irish Elk stood about 2.1 metres (6.9 ft) tall at the shoulders, and it had the largest antlers of any known cervid (a maximum of 3.65 m (12.0 ft) from tip to tip and weighing up to 40 kilograms (88 lb)). In body size, the Irish Elk matched the extant moose subspecies of Alaska (Alces alces gigas) as the largest known deer. A significant collection of M. giganteus skeletons can be found at the Natural History Museum in Dublin.