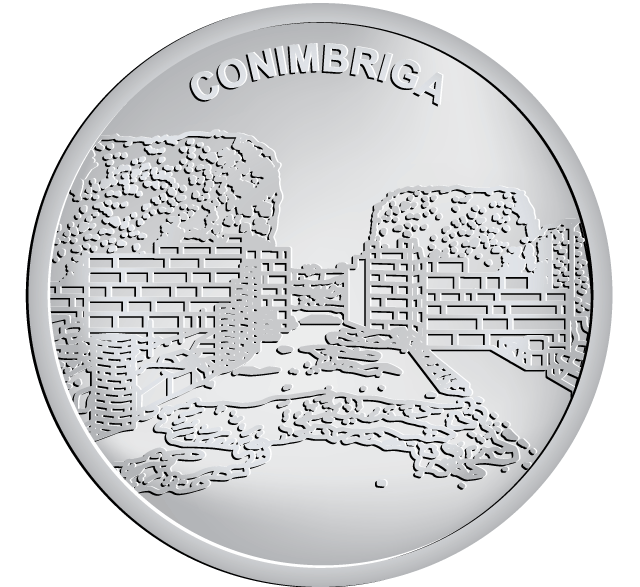 This is the largest and most extensively excavated Roman site in Portugal, was on the Roman road between Lisbon (Olisipo) and Braga (Bracara Augusta). There is evidence of Roman habitation as early as the 2nd century BC, but it was under Augustus, from about 25 BC, that Conimbriga became a substantial town : baths, a forum and the aqueduct have been uncovered from this era. The finest buildings, however, date from the 2nd and 3rd centuries AD, and they provide a vivid image of a prosperous city. At Conimbriga is one of the largest houses discovered in western Roman empire. This opulent villa, known as the Casa de Cantaber, is built around ornamental pools in superb colonnaded gardens, with it´s own bath complex and a sophisticated floor heating system. A set of ducts did the heat transport below the massive floor. Some of the fine mosaics in the museum probably came from this huge residence. You have two views of the Casa das Fontes, dating from the first half of the 2nd century. At the Flavian Forum you have a 3D reconstruction of it .