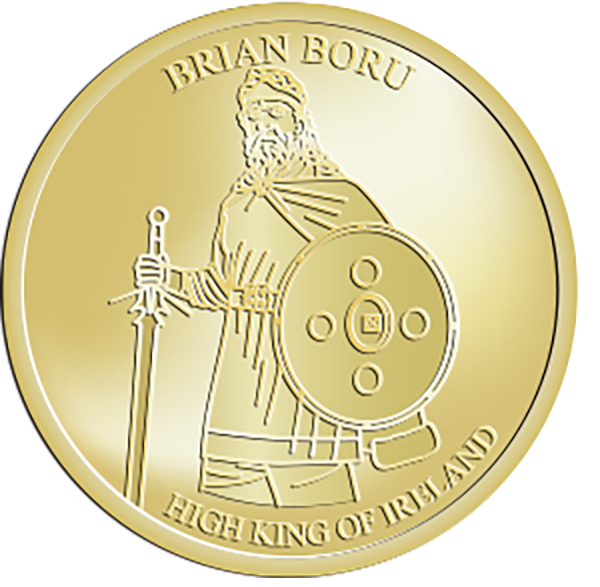 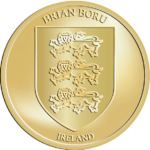 Brian Boru (c. 941 – 23 April 1014, Old Irish: Brian Bóruma mac Cennétig) was an Irish king who ended the domination of the High Kingship of Ireland by the Uí Néill. Building on the achievements of his father, Cennétig mac Lorcain, and especially his elder brother, Mathgamain, Brian first made himself King of Munster, then subjugated Leinster, eventually becoming King of Ireland. He is the founder of the O’Brien dynasty.