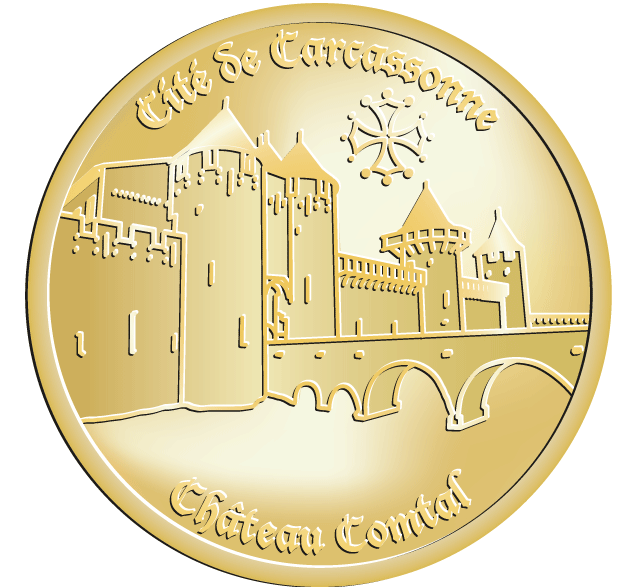 The Château Comtal (Count’s Castle) is a medieval castle within the Cité of Carcassonne, the largest city in Europe with its city walls still intact. The Medieval Cité lies within the modern city of Carcassonne in the Aude department, of which Carcassonne is the prefecture, in the former province of Languedoc. Although the outer curtain wall of the cité is French, and the whole site has been substantially restored, the Château Comtal has a strong claim to be called a ‘Cathar Castle’. When the Catholic Crusader army arrived in 1209 they first attacked Raymond-Roger Trencavel’s castrum at Bèziers and then moved on to his main stronghold at Carcassonne. The castle was restored in 1853 by the architect Eugène Viollet-le-Duc. It was added to the UNESCO list of World Heritage Sites in 1997.