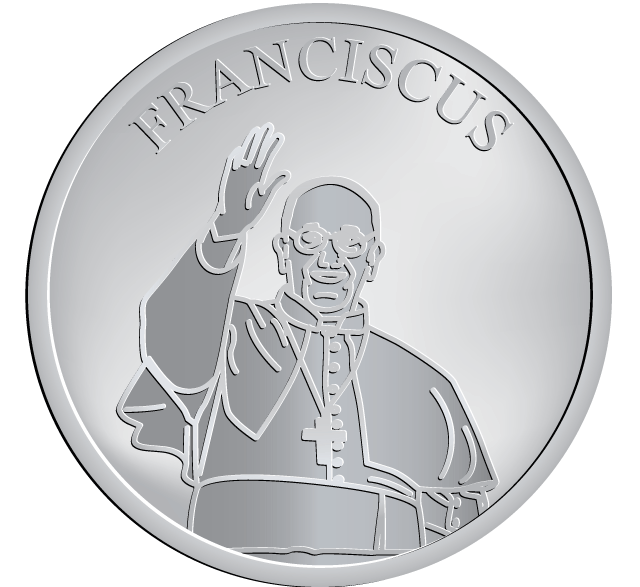 Francis (Latin: Franciscus) born Jorge Mario Bergoglio, 17 December 1936, is the 266th and current pope of the Catholic Church, a position also holding the roles of Sovereign of Vatican City and the Bishop of Rome.Born in Buenos Aires as the son of Italian parents, Bergoglio worked briefly as a chemical technician before entering seminary. He was ordained a priest in 1969. From 1973 to 1979 he was Argentina’s Provincial superior of the Society of Jesus. He became Archbishop of Buenos Aires in 1998, and a cardinal in 2001. Following the resignation of Pope Benedict XVI, on 13 March 2013 the papal conclave elected Bergoglio, who chose the papal name Francis in honor of Saint Francis of Assisi. Francis is the first Jesuit pope, the first pope from the Americas, and the first from the Southern Hemisphere. Coin available at the Basilica Koekelberg, Sint Michiels en Goedele kathedraal – Brussels and Scherpenheuvel.