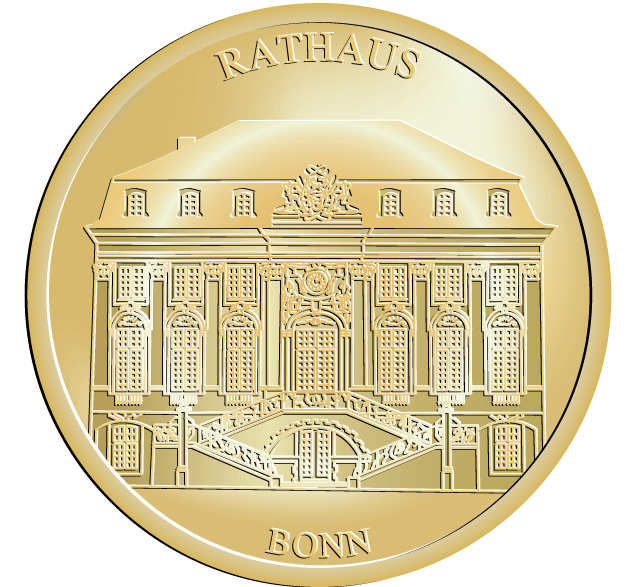 Bonn’s city hall, originally constructed in Roccoco style in 1737, brilliantly dominates the three-cornered market place.The building was reconstructed after World War II. The building played a significant political role while Bonn was the country’s capital, from 1949 to 1999. Many national government institutions were moved from Bonn to Berlin after the after the unification, so the city hall now serves purely ceremonial purposes.The city hall’s flight of outdoor stairs with its golden grating had been the scene of many historical events. In 1962, Charles de Gaulle, the French President of the State, delivered an address here, and US President John F. Kennedy did so in 1963. The list would become quite long, if all emperors, kings and presidents, as well as all world stars from the sectors of music and sports who visited Bonn were to mention here.

Coin is available together with Beethoven coin.