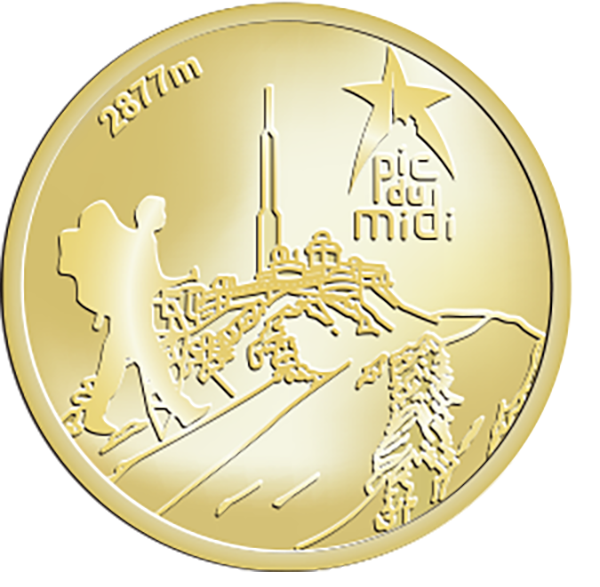 The Pic du Midi de Bigorre or simply Pic du Midi (altitude 2,877 m is a mountain in the French Pyrenees famous for its astronomical observatory, the Observatoire du Pic du Midi de Bigorre (Pic du Midi Observatory), part of the Observatoire Midi-Pyrénées (Midi-Pyrénées Observatory).A 106-centimetre telescope was installed in 1963 funded by NASA and was used to take detailed photographs of the surface of the Moon in preparation for the Apollo missions. In 1965 the astronomers Pierre and Janine Connes were able to formulate a detailed analysis of the composition of the atmospheres on Mars and Venus, based on the infrared spectra gathered from these planets. The results showed atmospheres in chemical equilibrium. This served as a basis for James Lovelock, a scientist working for the Jet Propulsion Laboratory in California, to predict that those planets had no life – a fact that would be proven and scientifically accepted years after.