BIARRITZ – The Rock of the Virgin 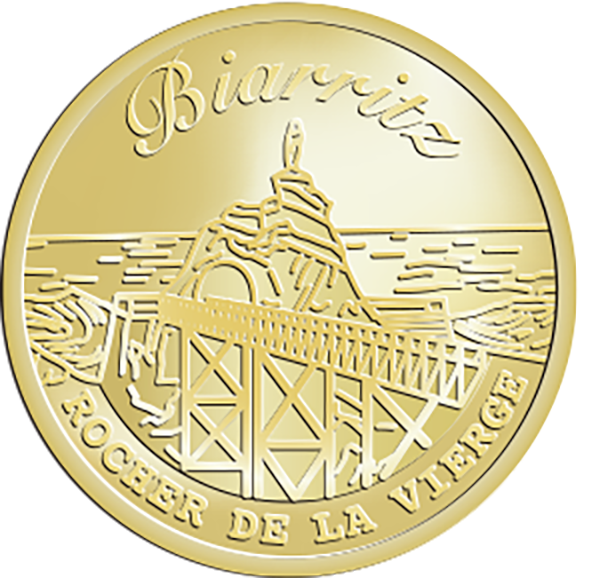 The Rocher de la Vierge (The Rock of the Virgin Mary) named for the statue of the Holy Virgin placed on its summit in 1865, was used by Napoleon III as an anchoring point for the Port du Refuge (The Port of Refuge) dike that he planned to create. Hence, the rock was made accessible to land via a wooden bridge and a tunnel was drilled that enabled the delivery of stone blocks used for the construction of the dam. The wooden bridge didn’t withstand the test of time and Gustav Eiffel replaced it in 1887 with an iron bridge that is still in place. The statue of the Virgin Mary was installed as a token of gratitude by whalers, saved from being shipwrecked by following a dazzling and mysterious light perceptible from the rock’s summit.