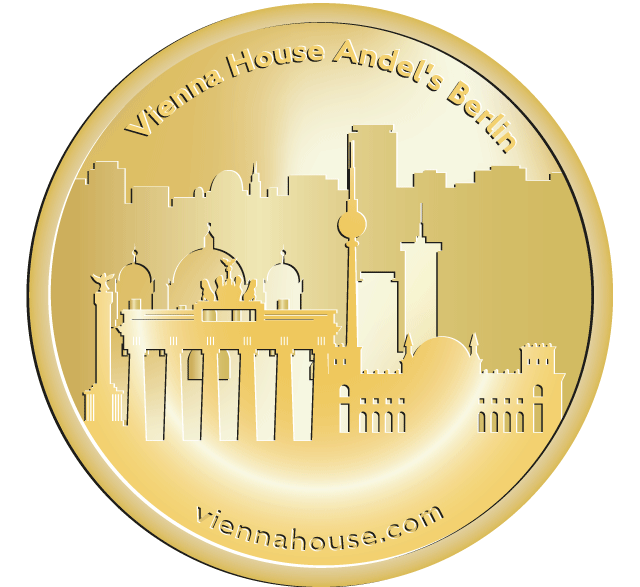 Andel’s by Vienna House Berlin is a modern hotel in east Berlin. It is on the border of Friedrichshain, where you’ll find the city’s “most happening bar and nightlife scene” (Rough Guides), and Prenzlauer Berg — “one of Berlin’s most pleasant residential neighbourhoods” (Lonely Planet).
The hotel is on Landsberger Allee, 15 minutes’ walk from Volkspark Friedrichshain, Berlin’s oldest public park. There’s a tram stop just outside the hotel, and by tram it is 10 minutes to Alexanderplatz or 20 minutes to the East Side Gallery, where you can view the graffiti-covered remains of the Berlin Wall.
The hotel’s SKYKITCHEN restaurant holds a Michelin star for its modern take on German cuisine. Request a window seat — the view from the 12th floor is “amazing”, said The Michelin Guide 2016.