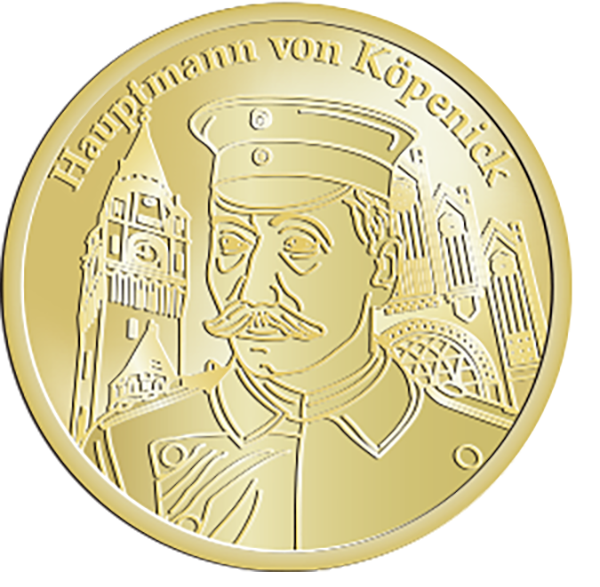 Friedrich Wilhelm Voigt (13 February 1849 – 3 January 1922) was a German impostor who, in 1906, masqueraded as a Prussian military officer, rounded up a number of soldiers under his ‘command’, and ‘confiscated’ more than 4,000 marks from a municipal treasury. Although he served two years in prison, he became a folk hero as The Captain of Köpenick and was pardoned by Kaiser Wilhelm II.