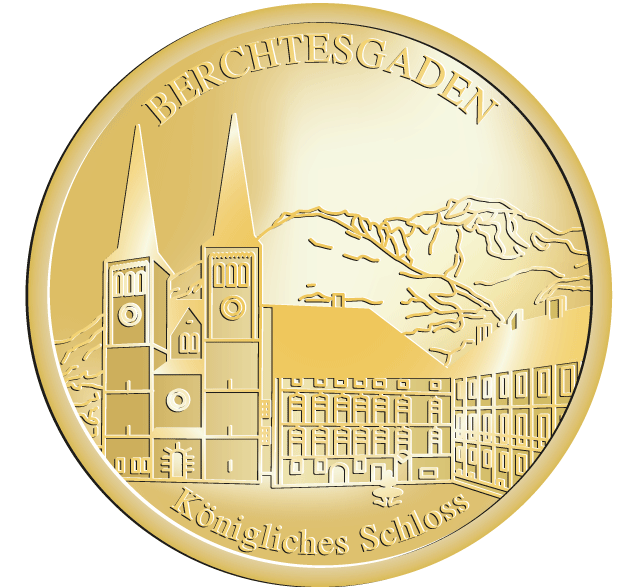 The Augustine Abbey of Canons founded in 1102 eventually became an independent church state within the German Empire and became a prince-provostry in 1559. Until it was secularized in 1803 the monastery remained the residence of the ruling lords of Berchtesgaden. The castle became the summer residence of the Bavarian royal family in 1810.The castle complex is the result of centuries of construction, alterations and additions that continued until the end of the 1700s. Though it is still privately owned by the Bavarian royal family, the main rooms are open to the public on regularly-scheduled guided tours. The upper rose garden with Renaissance fountains allows for an unbelievable view of the mountains and the ‘Watzmann’ Coin is available together with coin “Eagle’s Nest”.