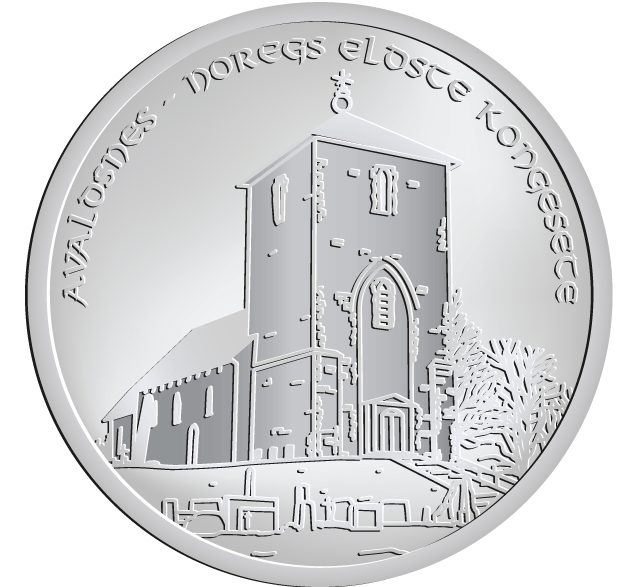 St. Olav’s church is a medieval church in Avaldsnes on the island Karmøy, in Rogaland on the west coast of Norway. The pointed arches, but thick walls and no pillars, suggest an early Gothic design. The walls are composed of ordinary gray stone in thickness about 1.2–2.0 meters.This church has been a landmark for the seafarers passing through the strait of Karmsund for 750 years. King Håkon IV Håkonsson gave permission to build a church around the year 1250. It was not completed until nearly 1320, and was then the fourth largest in the country. The church was dedicated to St. Olav and received the status of ‘Royal Chapel’. On the North side of the church stands ‘Jomfru Marias synål’ (literally: Virgin Mary’s sewing needle) a more than seven meter tall standing stone, one of the largest of its kind in the country. There are some historical evidences that there may have been several such stones around the church. The stone slopes toward the church’s wall, and a legend has it that when the ‘sewing needle’ gets close enough to touch the church’s wall, it will be the end of the world. It has also been said that the pastor at Avaldsnes assumed the responsibility of having a piece of the stone cut off when it got to close to the wall!