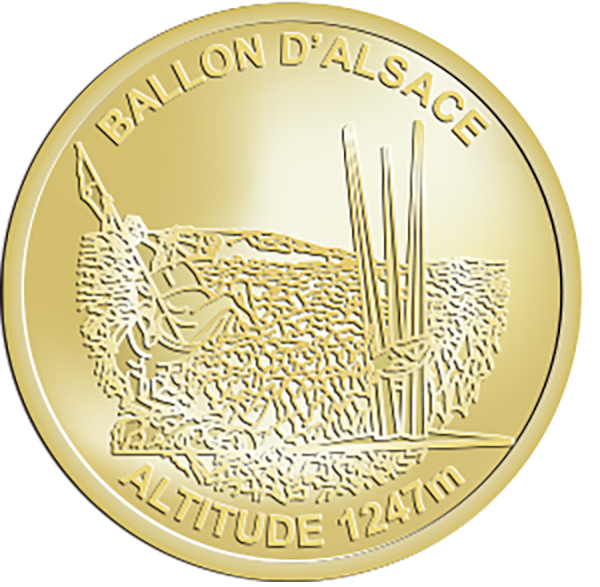 The Ballon d’Alsace, or Alsatian Belchen, is a mountain at the border of Alsace, Lorraine, and Franche-Comté . From its top, views include the Vosges, the Rhine valley, the Black Forest, and the Alps. A road leads over a pass near the peak at the Col du Ballon d’Alsace, 1,171 m (3,842 ft). The pass is noted as the site of the first official mountain climb in the Tour de France on 11 July 1905, the first rider to the top of the climb being René Pottier and the stage being won by Hippolyte Aucouturier. Stage 9 of the 2005 Tour crossed this pass on the centenary of the original climb. The mountain is part of the so-called Belchen System, a group of mountains with the name ‘Belchen’ (in German) that may have been part of a Celtic sun calendar.