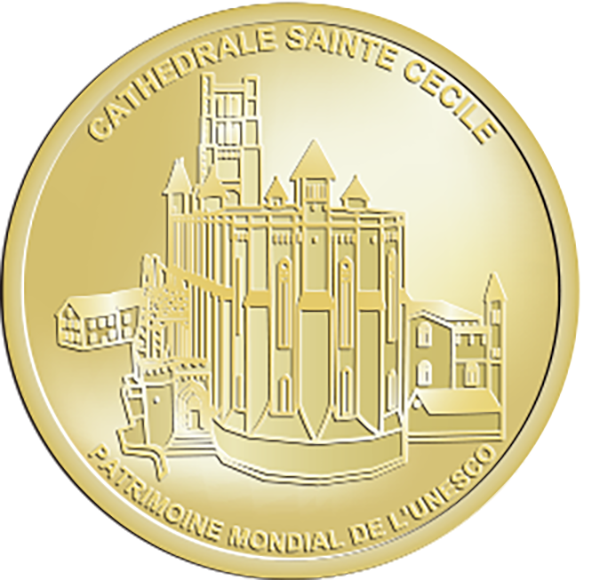 Albi Cathedral, formally the Cathedral Basilica of Saint Cecilia (French: Basilique Cathé drale Sainte-Cé cile d’Albi), is the most important Catholic building in Albi, France, and the seat of the Roman Catholic Archbishop of Albi. First built as a fortress in the aftermath of the Albigensian Crusade; begun in 1287 and under construction for 200 years, it is claimed to be the largest brick building in the world. In 2010 the cathedral was designated a UNESCO World Heritage Site.