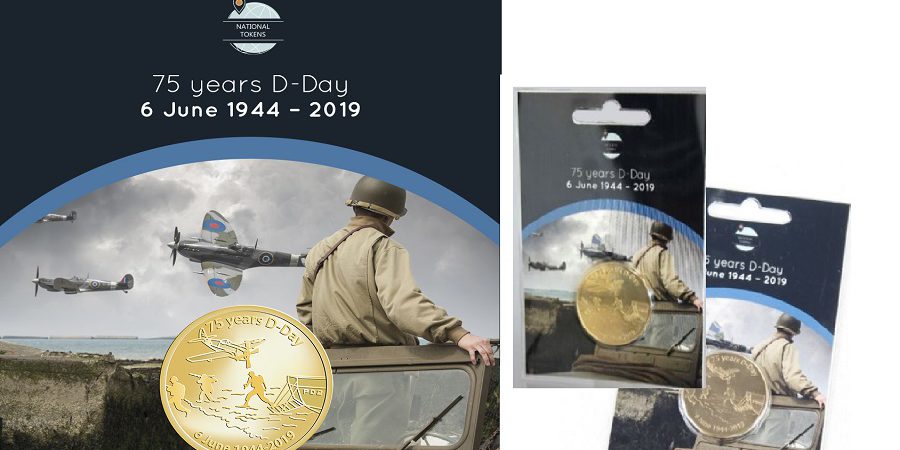 Each year, National Tokens brings a few surprises to the fair.
As National Tokens celebrates her 15th anniversary this year, collectors could buy the Limited Edition coin, packed in a blister.
On June the 6 th in1944, the allied forces landed in large numbers on the Normandy coast. This first day of the grand operation “Overlord” would go into the history books as D-day. Thousands of allied forces set foot in Normandy by (gliding) plane or boat at the same time. 75 years later D-day still represents the start of the liberation of Western Europe during the Second World War.
As a tribute to everyone who was involved in this historic day and in this entire black period, called World War II, National Tokens made an exclusive commemorative coin wrapped in a expressive blister. The unique D-day coin with blister can only be purchased at the Muntmanifestatie in Houten or via the National Tokens webshop. Only 200 pieces of this limited edition were minted. So be quick to add it to your National Tokens collection.