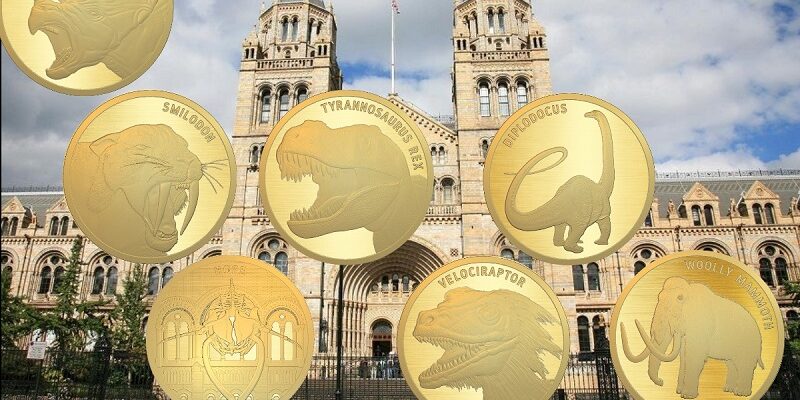 This year we’ve added new dinosaur coins to out collection.

They’ve been made for the Natural History Museum in London. This museum is a world-class visitor’s attraction and an important scientific centre.

The Museum’s dinosaurs are world-famous. The Dinosaurs gallery provides a stunning addition for a pre-dinner drinks reception prior to an event in Hintze Hall.
Guests can explore the evolution of dinosaurs, sort the facts from the fiction their extinction and learn what our scientific research has revealed about these prehistoric giants.
Iconic specimens include the first fossil ever found from a Tyrannosaurus rex – one of the largest carnivores ever to have walked the Earth – and an Iguanodon, one of the first species ever described as a dinosaur.