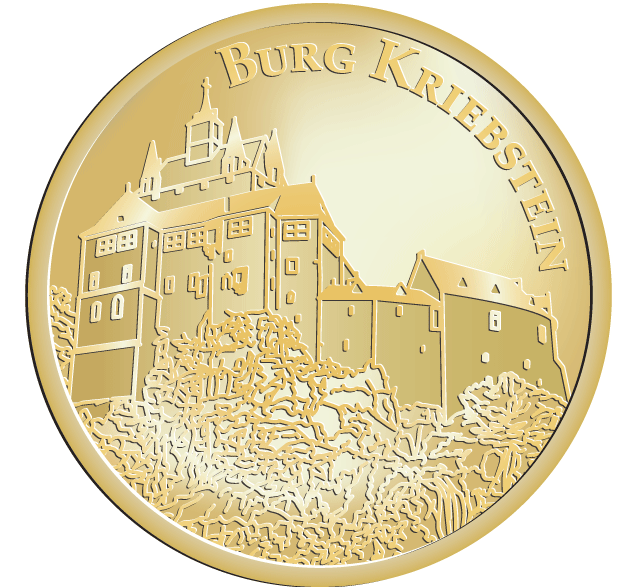 Kriebstein Castle – Burg Kriebstein is a castle in Kriebstein near the town of Waldheim in the German state of Saxony. The castle rises above steep crags over the River Zschopau. Within the topographical grouping of hill castles it is classified as a spur castle because it lies on the extreme end of a hill spur surrounded on three sides by the Zschopau that flows around the spur in a large bow. The rock on which the castle stands is separated from rising ground behind it by a man-made section of ditch, the so-called Halsgraben. Typologically the Kriebstein is a combination of a tower castle and a ringwork castle with an oval ground plan. Dominating the whole site is the monumentalkeep perched atop the highest crag. With its sides measuring 22 x 12 metres, the tower, including its weather vane, reaches a height of 45 metres. Its late medieval oriel turrets and the flèche give the castle a unique and thus unmistakable silhouette.