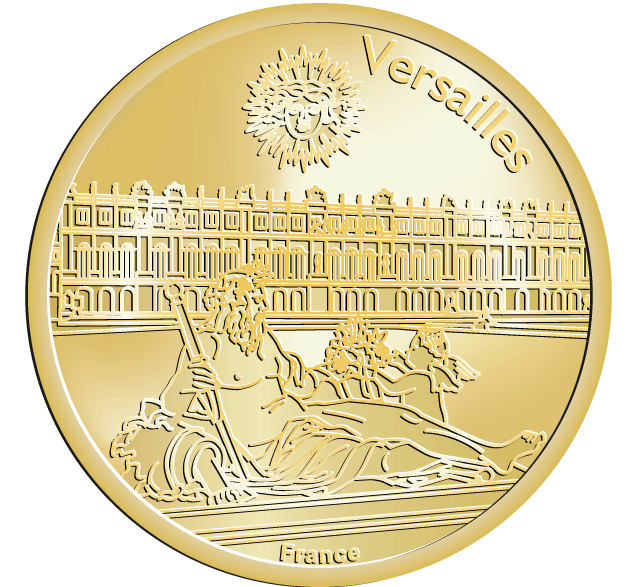 The Château de Versailles — often called the Palace of Versailles, or simply Versailles — is a royal château, outside the gates of which the village of Versailles, France, has grown to become a full-fledged city. What began life as the much loved Hunting Lodge of Louis XIII was enlarged and transformed by his son, Louis XIV with the aid of Le Vau, and from 1682 it became the seat of government. The gardens laid out by Le Notre between 1661 and 1700 have perspectives, groves, the canal, water playing fountains and more than 400 statues in bronze, marble or lead. Apollo features predominantly in the Chateau as the theme of the fountains and decorations in his role as Sun God. Neptune’s Bassin has no less than 58 spouts and here the Nocturnal Illuminations take place.