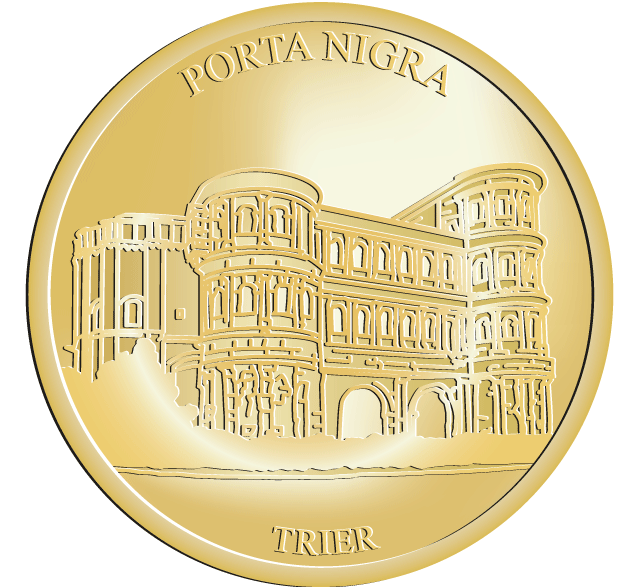 The Porta Nigra (Latin for black gate) is a large Roman city gate in Trier, Germany. It is today the largest Roman city gate north of the Alps. It is designated as part of the Roman Monuments, Cathedral of St Peter and Church of Our Lady in Trier UNESCO World Heritage Site.
The name Porta Nigra originated in the Middle Ages due to the darkened colour of its stone; the original Roman name has not been preserved. Locals commonly refer to the Porta Nigra simply as Porta.