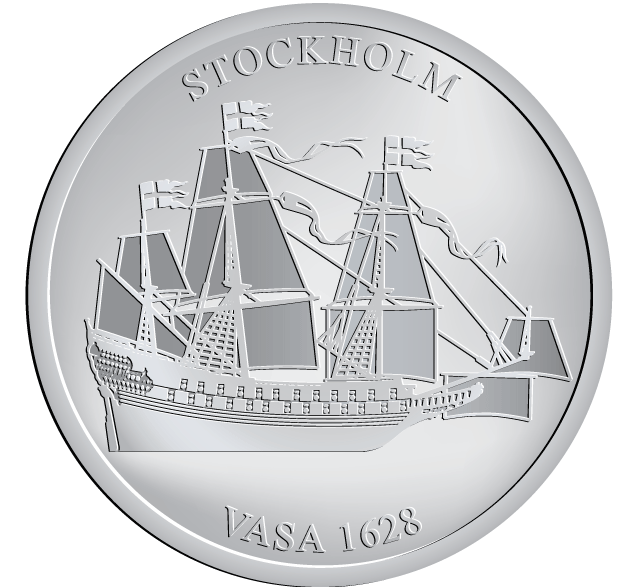 The Vasa was a Swedish 64-gun ship of the line, built for King Gustavus Adolphus of Sweden of the House of Vasa, between 1626 and 1628. The Vasa capsized on its maiden voyage but was later recovered and is now on display at the Vasa Museum in Stockholm.Conservation of the ship itself was done using polyethylene glycol, a method that was also used years later in the conservation process of the Mary Rose. Vasa was sprayed with this glycol for 17 years, followed by slow drying. Recent developments, however, have shown that this conservation method, in time, makes the wood brittle and fragile.Over 26,000 artifacts have been found, including six original sails, still folded. After the lifting of the wreck, the wreck site was searched for artifacts and over 700 sculptures were found. These carvings were once attached to the ship, but the bolts had rusted away, causing the sculptures to fall to the bottom.