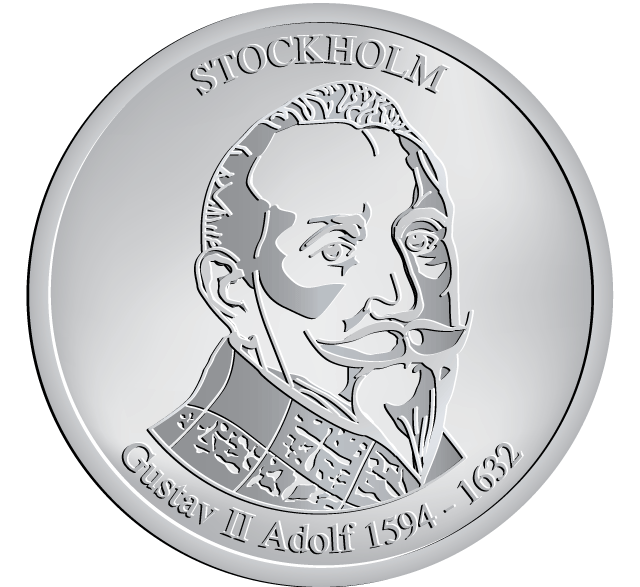 Gustav II Adolf (1594-1632) was King of Sweden from 1611 until his death. He is the only Swedish king to be styled ‘the Great’. He was born in Stockholm, the son of Charles IX of the Vasa dynasty and Christina of Holstein-Gottorp.He was one of the major participants in the Thirty Years’ War. He was prone to lead charges himself at crucial moments, and was wounded several times as a result. Gustav Adolf was killed at the Battle of Lützen. His remains now rest in Riddarholmskyrkan in Stockholm, and his leather armor is currently on display in the Livrustkammaren at the Royal Palace.During his reign, Gustav Adolf founded the city of Gothenburg as well as a number of smaller cities. He is also the founder of the University of Tartu in Tartu, Estonia, which then belonged to the Kingdom of Sweden. He was a highly enlightened ruler, and held the Swedish nobility on a firm leash, supporting both the merchant and worker class against the nobility.