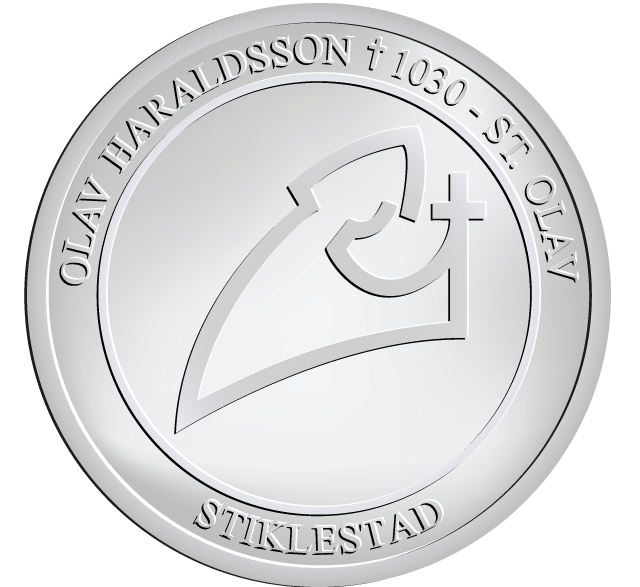 Olav Haraldsson was king of Norway from 1015–1028. During his lifetime he was known as ‘Olav the Big’ and after his canonization as ‘Saint Olav’. In modern day Norway he is known as ‘Olav the Holy’ as a result of his sainthood.He is sometimes referred to as Rex Perpetuus Norvegiae, eternal King of Norway, a designation which goes back to the thirteenth century. Olaf was the subject of biographies and sagas in the Middle Ages and many of the historical facts concerning his reign are disputed.Olav, a rather stubborn and rash ruler, prone to rough treatment of his enemies, ironically became Norway’s patron saint. The cult of Olav not only unified the country, it also fulfilled the conversion of the nation, something for which he had fought so hard and eventually died for during the Battle of Stiklestad. The battle and the saint king made it possible for Stiklestad to become a symbol of both Christianity and the Norwegian kingdom. The battle is re-enacted in ‘The Saint Olav Drama’, an annual event at the amphitheatre at Stiklestad, situated at the exact location where the original battle took place. Every year, some of Norway`s leading actors play in the central roles, while amateurs take on smaller parts.