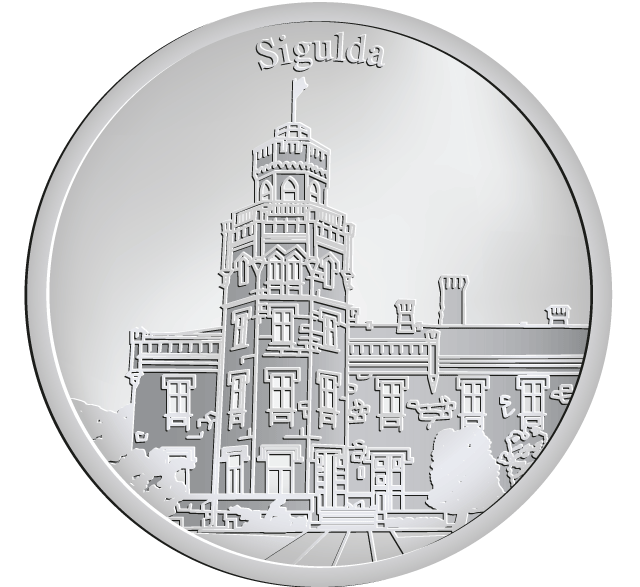 Sigulda is one of Latvia’s most beautiful cities.The attraction of Sigulda is that there is a wide and multifarious group of tour sites in a comparatively small territory. Beautiful views of the River Gauja primeval valley alternate with cultural history monuments: 3 medieval castles and their ruins, old manor centres and historical sites.The monument depicted on the coin is the ‘New Castle’ of Sigulda, located in the historical centre of Sigulda city next to medieval ruins. This New Castle was built from 1878 to 1881 (building master J. Mengelis) for Prince Kropotkin’- owner or the manor – family. The tower was raised in 1937 (arch. A. Birkhans). From 1923-1940 it was a Writer’s Castle, then a cardiological rehabilitation centre. Since 1993 it houses the Regional Council of Sigulda.