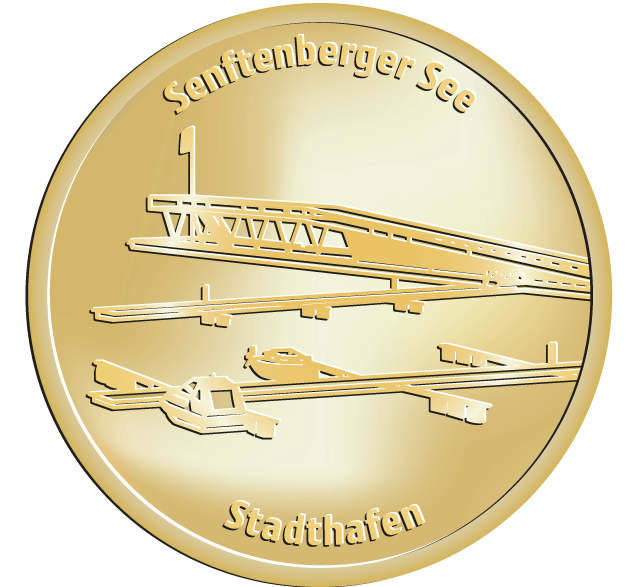 The lake was created by the flooding of the former opencast lignite mine of Niemtsch by the Black Elster from 15 November 1967 to November 1972.
From December 2010 to April 2013, a town harbour was built in Senftenberg. It was opened on 23 April 2013. It created a marina with over 100 boat moorings, an 80-metre-long (260 ft) floating pier and a harbour building.