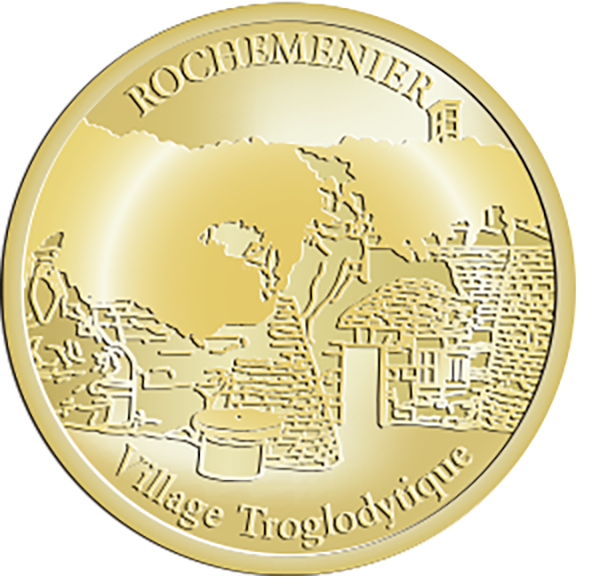 The cave of Mas-d’Azil or Grotte du Mas d’Azil is a large, 500 meter long tunnel dug by the Arize River through a wall of the Massif Plantaurelin, part of the Ariege Pyrenees. Secondary caves leading off the main tunnel were occupied at various prehistoric and historic times during a period of 20 000 years, and the objects found there gave the name of the cave to a prehistoric culture, the Azilian. It was excavated by Edouard Piette in the 19th century, who interpreted the halter-like marks on animal heads as being evidence of the domestication of reindeer and horses. The entry of the Arize which marks the beginning of the cave to the south consists of a 51 m high and 48 m wide hole in the massive limestone wall. A main road, the D119 passes through the central section of the cave.