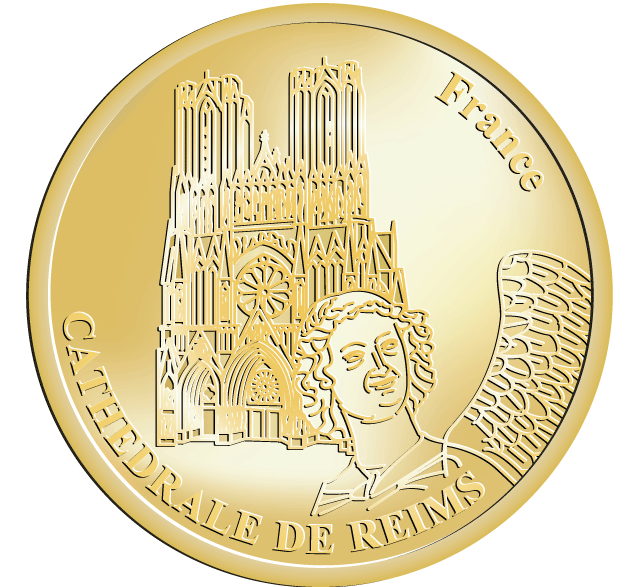 The Notre-Dame de Reims (Our Lady of Rheims) is the Cathedral of Reims, where the kings of France were once crowned. It replaces an older church, which was destroyed by a fire in 1211 and built on the site of the basilica, where Clovis was baptized by Saint Remi, bishop of Reims, in AD 496.The cathedral was completed by the end of the 13th century, with the exception of the west front. That portion was erected in the 14th century after 13th century designs—the nave having in the meantime been lengthened to afford room for the crowds that attended the coronations. The towers, which are 81 meters tall, were originally designed to rise 120 meter The southern tower contains two great bells, one of which, named ‘Charlotte’ by the Cardinal of Lorraine in 1570, and weighs more than 10.000 kg.