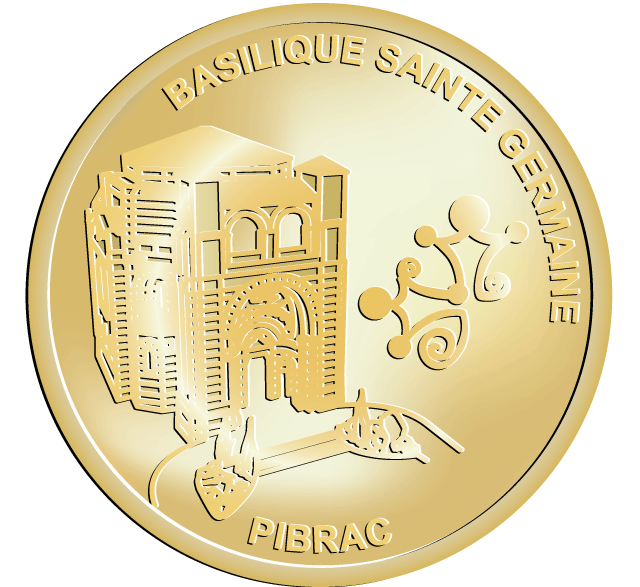 The Basilica of St. Germaine Pibrac is a basilica of the Roman-Byzantine style located Pibrac in the department of Haute-Garonne and the region Midi-Pyrénées . Saint Germaine Cousin (Germana Cousin, Germaine of Pibrac, Germana) (1579–1601) is a French saint. She was born in 1579 of humble parents at Pibrac, a village about ten miles from Toulouse. Her remains were buried in the parish church of Pibrac in front of the pulpit. In 1644, when the grave was opened to receive one of her relatives, the body of Germaine was discovered fresh and perfectly preserved, and miraculously raised almost to the level of the floor of the church. It was exposed for public view near the pulpit, until a noble lady, the wife of François de Beauregard, presented as a thanks-offering a casket of lead to hold the remains. She had been cured of a malignant and incurable ulcer in the breast, and her infant son whose life was despaired of was restored to health on her seeking the intercession of Germaine. This was the first of a long series of wonderful cures wrought at her relics. The leaden casket was placed in the sacristy, and in 1661 and 1700 the remains were viewed and found fresh and intact by the vicars-general of Toulouse, who have left testamentary depositions of the fact.