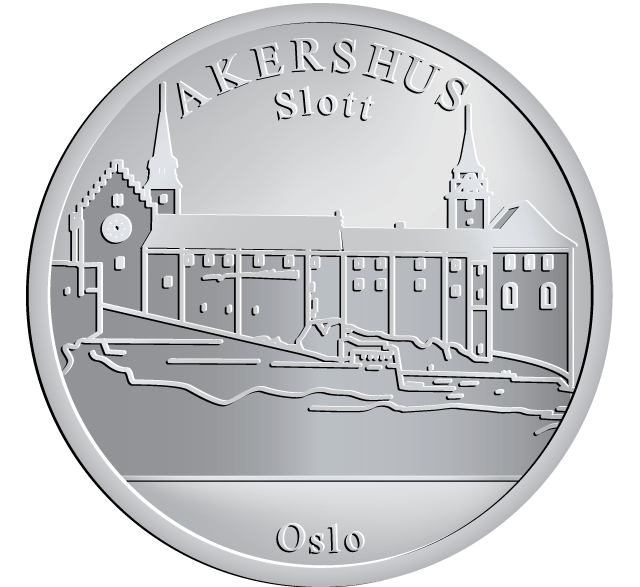 Akershus Fortress (Akershus Festning) or Akershus Castle (Akershus slott) is a medieval castle that was built to protect Oslo, the capital of Norway. It has also been used as a prison. It isn’t known exactly when the construction of the castle started but it is believed that it happened around the late 1290s, by King Haakon V, replacing Tønsberg as one of the two most important Norwegian castles of the period (the other being Båhus). The fortress has successfully survived all sieges, primarily by Swedish forces, including those by forces led by Charles XII in 1716. In the early 17th century, the fortress was modernized and remodeled under the reign of the active King Christian IV, and got the appearance of a renaissance castle. After the main building has undergone restoration, it has been used for official events and dinners for dignitaries and foreign heads of state. Norwegian Royalty have been buried in the Royal Mausoleum in the castle. They include King Sigurd I, King Haakon V, Queen Eufemia, King Haakon VII, Queen Maud, King Olav V and Crown Princess Märtha.