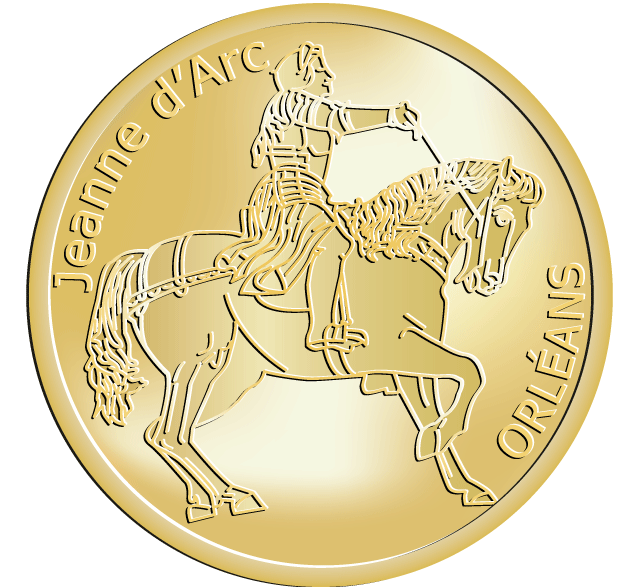 St. Joan of Arc, Jeanne d’Arc, also styled the Maid of Orléans, is a national heroine of France and a Saint of the Catholic Church. At just 17 years of age, she commanded the French royal army. She convinced King Charles VII to drive the English out of France, and he gave her authority over the army in the siege of Orléans, the Battle of Patay and other engagements in 1429 and 1430. Those campaigns enabled the coronation of Charles VII. As a result, he awarded her family with ennoblement. The Burgundians captured and delivered her to the English, who selected clergymen to find her guilty of heresy. John, Duke of Bedford had her burnt at the stake in Rouen. In 1920 Pope Benedict XV canonized her in recognition of her innocence as found by an earlier appeal after her death. Her posthumous reception history is a lengthy one: she was revered by the Catholic League in the 16th century, embraced as a cultural symbol in French patriotic circles since the 19th century, became an inspiration to Allied forces during the First and Second World Wars and an official Saint to Roman Catholics since the early 20th century; currently being a focus of considerable interest in the Republic of Ireland, Canada, United Kingdom and United States. Many people therefore regard Joan of Arc as a notable woman of valor, vigor, and faith. Joan of Arc’s campaigns were responsible for a revitalization of Charles VII’s faction during the Hundred Years’ War.