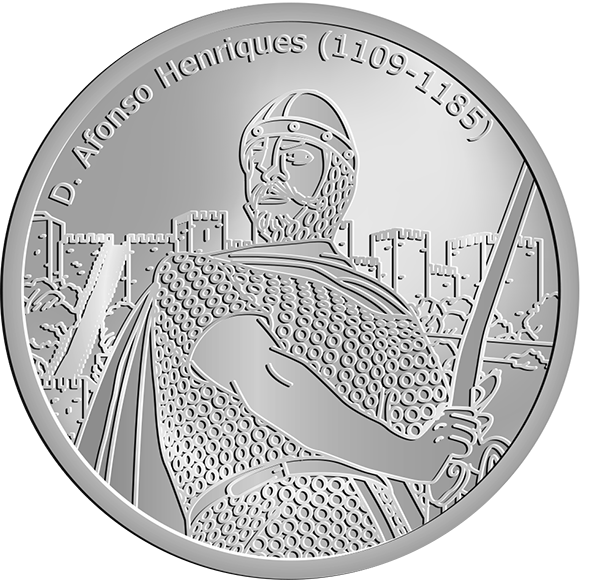 Afonso I (1109-1185), more commonly known as Afonso Henriques and nicknamed ‘the Conqueror’ by the Moors, was the first King of Portugal, achieving its independence from León and doubling its area with the Reconquista. The Portuguese revere him as a hero, both on account of his personal character and as the founder of their nation. There are stories that it would take 10 men to carry his sword, and that Afonso would want to engage other monarchs in personal combat, but no one would dare accept his challenge.
Coin is available in Castelo de São Jorge.