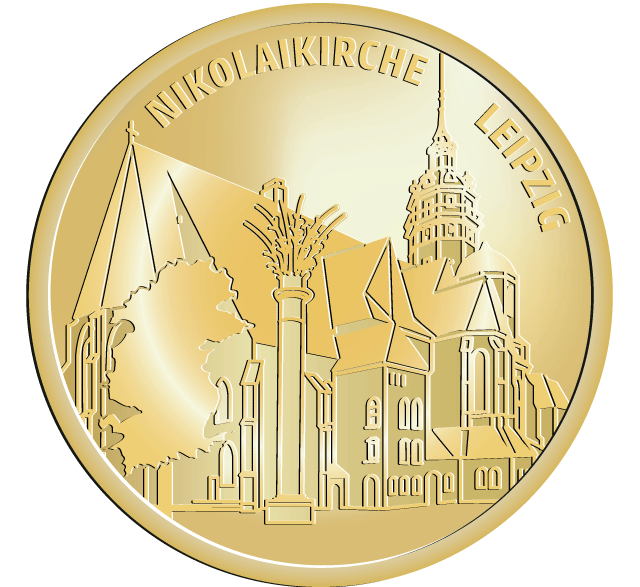 The St. Nicholas Church is one of the major churches of central Leipzig, Germany. Construction started in Romanesque style in 1165, but in the 16th century, the church was turned into a Gothic hall church. Baroque elements like the tower were added in the 18th century.
In the 18th century, several works by Johann Sebastian Bach, who was the music director of Nikolaikirche and of St. Thomas Church from 1723–50, premiered here. The Neoclassical interior dates to the late 18th century.
The church rose to national fame in 1989 with the Monday Demonstrations when it became the centre of peaceful revolt against communist rule. By capacity, it is one of the largest churches in Saxony.