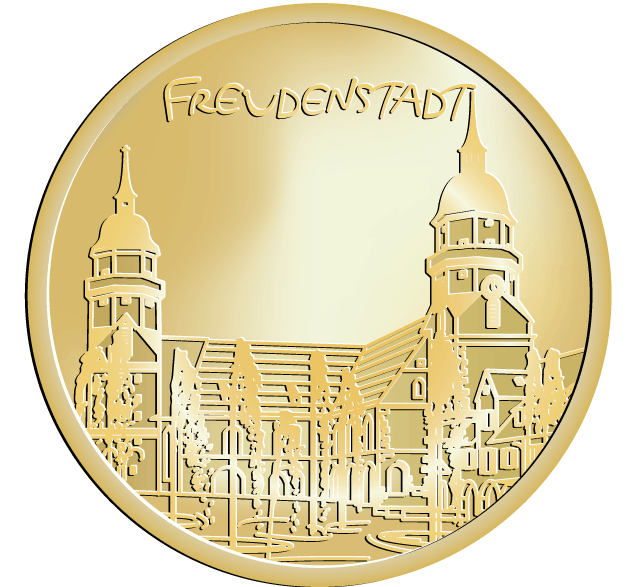 Freudenstadt, situated on a high plateau at the edge of the Black Forest, was founded in 1599 and built in the late Renaissance style by Heinrich Schickhardt. Schickhardt, also referred to as ‘Swabia’s Leonardo da Vinci’ was the architectural planner employed by Duke Friedrich I, whose intention was to build a palace in the center of Freudenstadt. However, the sudden death of the Duke caused these plans to be abandoned. This is why Freudenstadt can ever since boast Germany’s largest market square, entirely surrounded by arcaded houses.The Gothic/Renaissance Evangelical Lutheran Church, with its green tower roofs dates back to the beginning of the 17th century and is considered Freudenstadt’s most significant building.