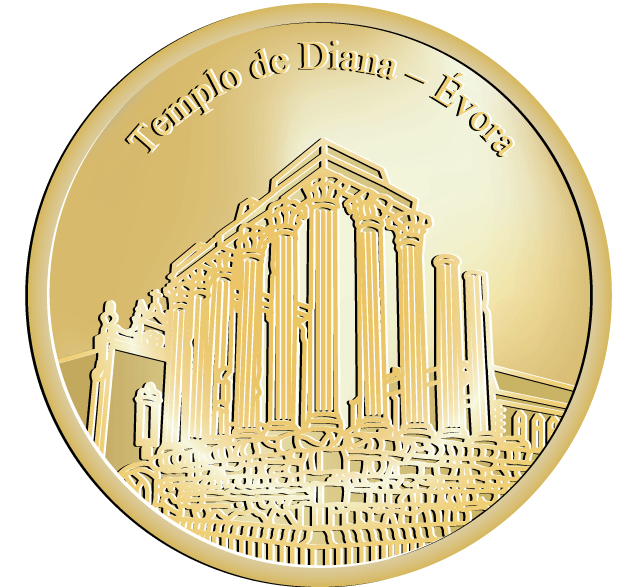 The Roman Temple of Évora (Portuguese: Templo romano de Évora), also referred to as the Templo de Diana, is an ancient temple in the Portuguese city of Évora. The temple is part of the historical centre of the city, which was included in the classification by UNESCO as a World Heritage Site. It represents one of the most significant landmarks relating to the Roman and Lusitanian civilizations of Évora and in Portuguese territory.