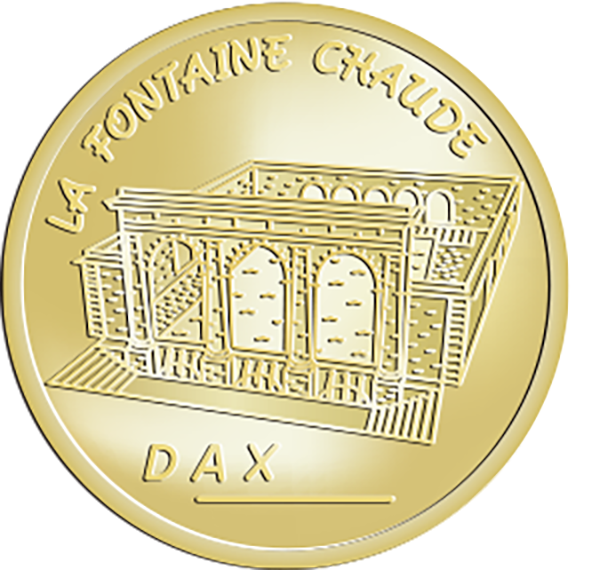 La Fontaine chaude is a spa located in the centre of Dax. The fountain is a Monument historique while the portico and relics were registered on September 9, 1988. The fountain was built from 1814 to 1818, under the reign of Louis XVIII, upon the remains of older therms from the Roman period which given the waters’ high temperature (60°C) could also be used for cooking. The water is well-known for its healing properties. The ‘Dax Peloid’ is a natural medication, obtained from the spa waters along with algae and silt from the Adour river.