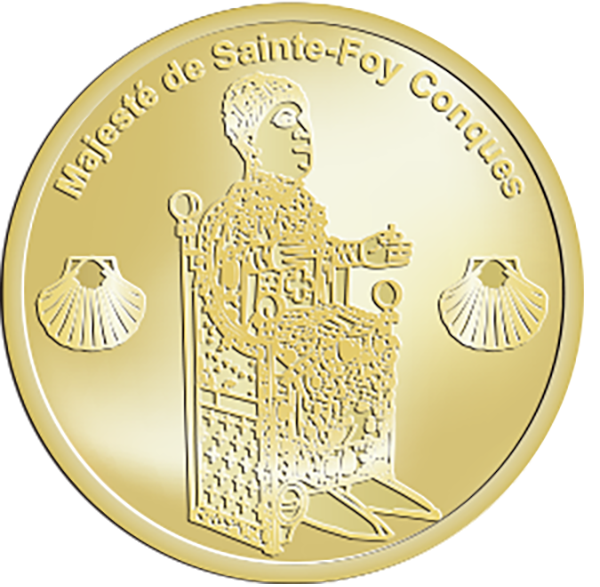 Saint Faith or ‘Saint Faith of Conques’ (Latin Sancta Fides, French Sainte-Foy, Spanish Santa Fe) is a saint who is said to have been a girl or young woman of Agen in Aquitaine. Her legend recounts how she was arrested during persecution of Christians by the Roman Empire and refused to make pagan sacrifices even under torture. Saint Faith was tortured to death with a red-hot brazier. Her death is sometimes said to have occurred in the year 287 or 290, sometimes in the large-scale persecution under Diocletian beginning in 303. She is listed as Sainte Foy, ‘Virgin and Martyr’, in the martyrologies. The center of her veneration was transferred to the Abbey of Sainte-Foy, Conques, where her relics arrived in the ninth century, stolen from Agen by a monk from the Abbey nearby at Conques.