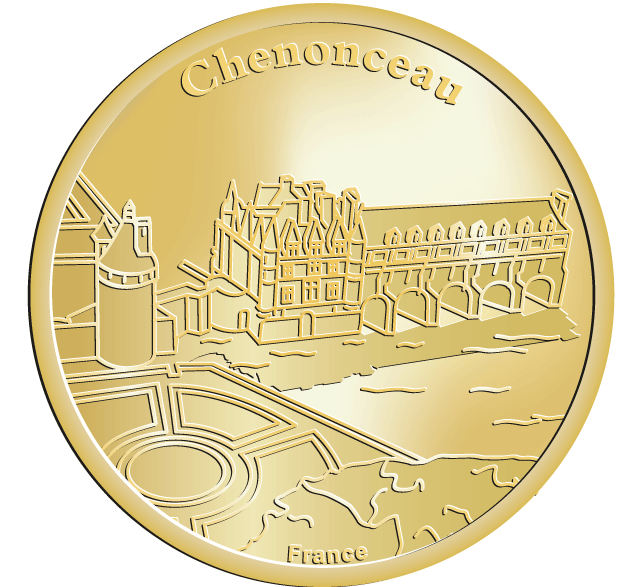 The Château de Chenonceau, near the small village of Chenonceaux, in the Indre-et-Loire department of the Loire Valley, was built on the site of an old mill on the River Cher, sometime before its first mention in writing in the 11th century. The original chateau on this site was demolished by Thomas Bohier in the 16th century. The current forecourt reproduces the layout of the previous medieval chateau surrounded by moats. One of the original towers was kept as a free-standing tower. The main external feature is the bridge over the river. This contains a long gallery and was built by Catherine de Medici in 1576. The chateau was used as a hospital during the first World War and during the second it was a conduit for people escaping the occupied zone of France. One end of the gallery was in the occupied zone while the other end was in the Free Zone.