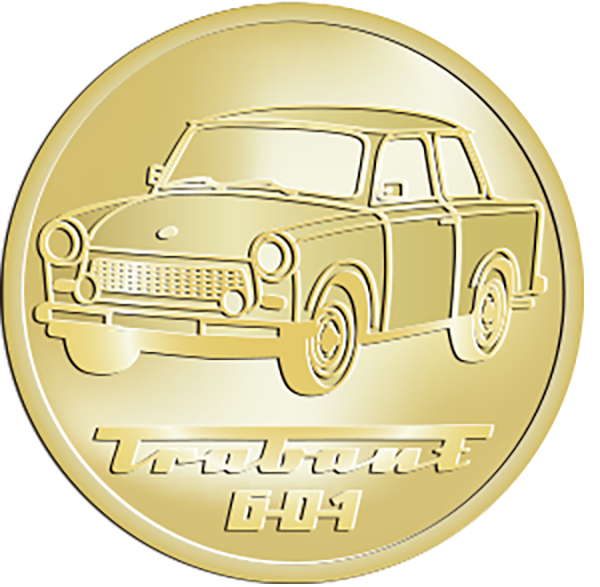 The Trabant 601 (or Trabant P601 series) was a Trabant model produced by VEB Sachsenring in Zwickau, Sachsen. It was the third generation of the model, built for the longest production time, from 1963 to 1990. As a result, it is the best-known Trabant model and often referred to simply as ‘the Trabant’ or ‘the Trabi’. During this long production run, 2,818,547 Trabant 601s were produced overall and it was the most common vehicle in former East Germany. Das Internationale Trabant Register e.V. ist Lizenzgeber und Inhaber der Wortmarken Trabant, 601.