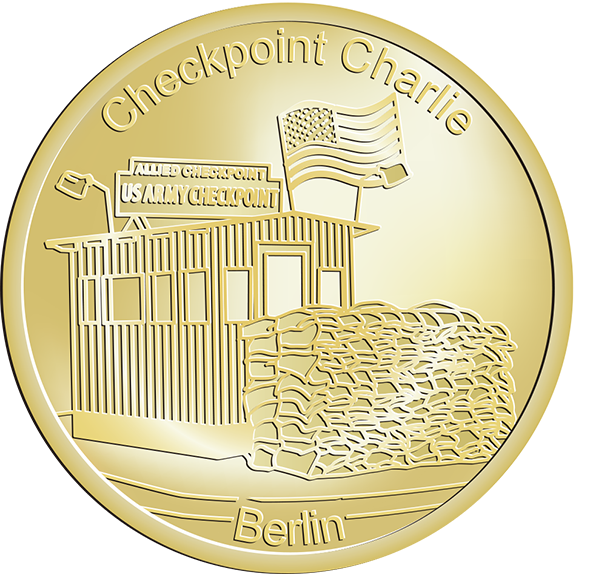 Checkpoint Charlie, along with Glienicker Brücke (Glienicker Bridge) was the best known border-crossing of Cold War days. The sign, which became a symbol of the division of Cold War Berlin and read like a dire warning to those about to venture beyond the Wall – YOU ARE NOW LEAVING THE AMERICAN SECTOR – in English, Russian, French and German – stood here. It is today an iconic marker of territorial boundary and political division. Until the fall of the Berliner Mauer (Berlin Wall) on November 9, 1989, it signified the border between West and East, Capitalism and Communism, freedom and confinement.The spot remains a must see sight in Berlin with huge historical and emotional resonance, even accounting for the fact that there is remarkably little left to recall the atmosphere of pre-1989 days. An enormous amount of debating went into deciding what should be left here and preserved for Berliners and visitors to see in the future.