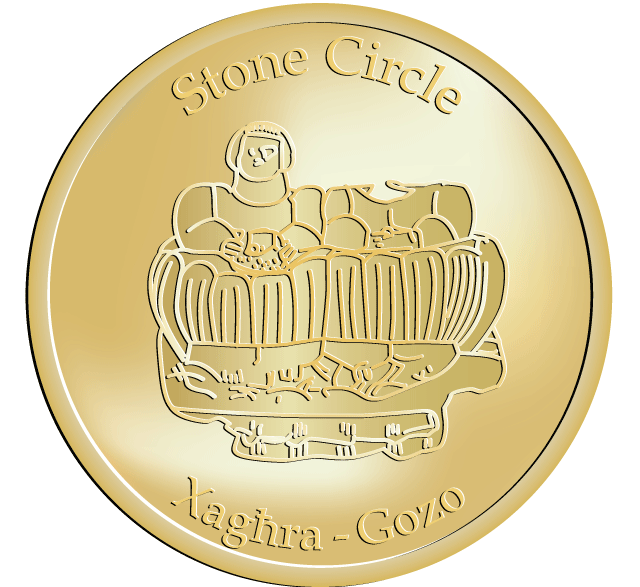 The Xagħra Stone Circle, also known as the Xagħra Hypogeum or the Brochtorff Circle, is a Neolithic funerary complex located in Xagħra, Gozo, Malta. It consists of a series of underground caves which were used to bury the dead, and which were surrounded by a walled enclosure. It mainly dates back to around 3000 to 2400 BC, although the earliest tombs at the site date back to 4100 to 3800 BC. The caves collapsed sometime before 2000 BC, and the site was later used for domestic and agricultural purposes.