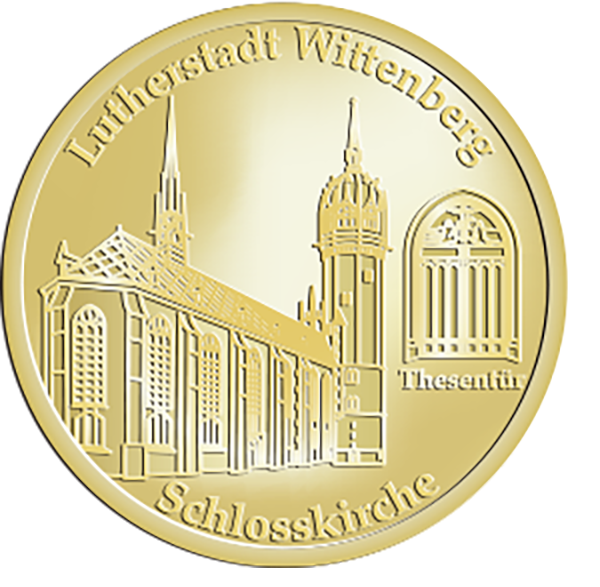 All Saints’ Church, commonly referred to as Schlosskirche to distinguish it from the Town Church of St. Mary – and sometimes known as the Reformation Memorial Church – is a Lutheran church in Wittenberg, Germany. It is the site where, according to university custom, the Ninety-Five Theses were posted by Martin Luther on 31 October 1517, the act that has been called the start of the Protestant Reformation. In 1858, at the order of Frederick William IV of Prussia, commemorative bronze doors were mounted where the original wooden ones had been located. On the doors the 95 Theses are inscribed in their original Latin form. Above the doors is a painting that portrays Luther on the left with a German Bible, and Philipp Melanchthon on the right, with the Augsburg Confession, the main confession of faith in the Lutheran Church which was formed by Luther and Melanchthon.