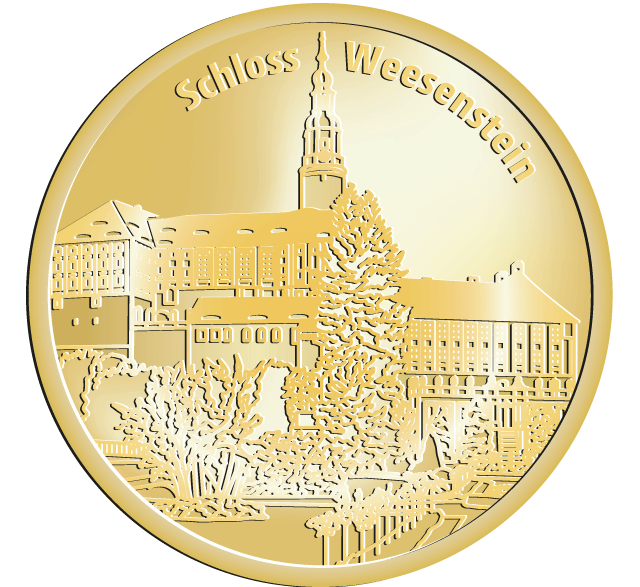 Schloss Weesenstein is a Schloss located in Weesenstein, a small village, part of Müglitztal in the Müglitz river valley, around 3 kilometres (1.9 mi) south of Dohna in Saxony, Germany.
A castle was erected here sometime around 1200, built with the purpose of defending the border to the Kingdom of Bohemia; it was mentioned in written sources for the first time in 1318. The oldest part of the presently visible castle is its central round tower, erected sometime around 1300. The castle was built for the burgraves of Dohna; the burgraviate was incorporated in the Margraviate of Meissen in 1400 and in 1406 the castle was transferred by the Margrave to the von Bünau family in gratitude for their support in the Dohna Feud. The Bünau family transformed the defensive castle into a residential Schloss in 1526–1575, and successive generations would expand and rebuild the Schloss in stages. It continued to be the main seat of the family for about 350 years. As a consequence of the Seven Years’ War of 1756–1763 the family however lost a substantial part of their wealth and had to part with the castle which subsequently passed into the hands of the von Uckermann family. The Uckermann family owned the castle for two generations and continued the process of embellishing the estate, not least the garden.