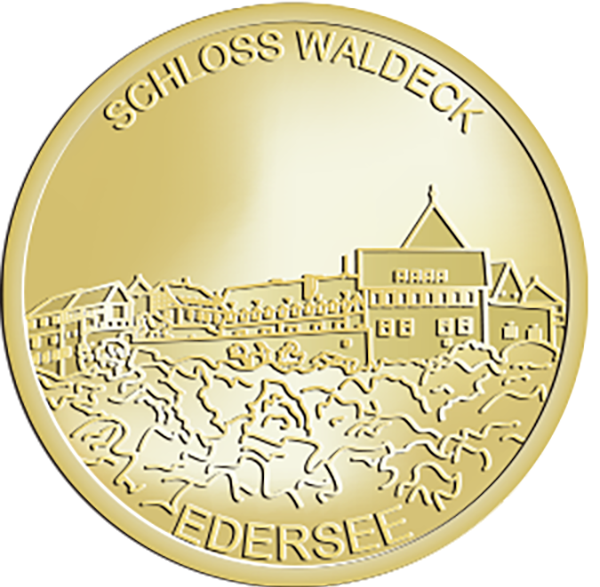 Waldeck Castle is a castle, located on a wooded rocky hill just west of the Hessian place Waldeck. The castle is situated in the northern part of the Kellerwald-Edersee National Park on the northern shore of the Edersee. The castle is accessible from the town by a road. In the year 1120 the Waldeck castle was first mentioned in a charter. The castle was owned by the house Schwalenberg and from 1180 took a branch of this family name Waldeck in her family. In later centuries the castle was expanded several times and in 1655 the castle was the residence of the Counts of Waldeck, who left hereafter to the Arolsen Castle in Bad Arolsen. The building was then given multiple destinations. First it was a fortress with a lock seat commander, then it became a barracks and from 1734 to 1868 was a workhouse and women prison. Since 1920 the castle is owned by the local authorities. Nowadays, the castle used as a hotel and museum.