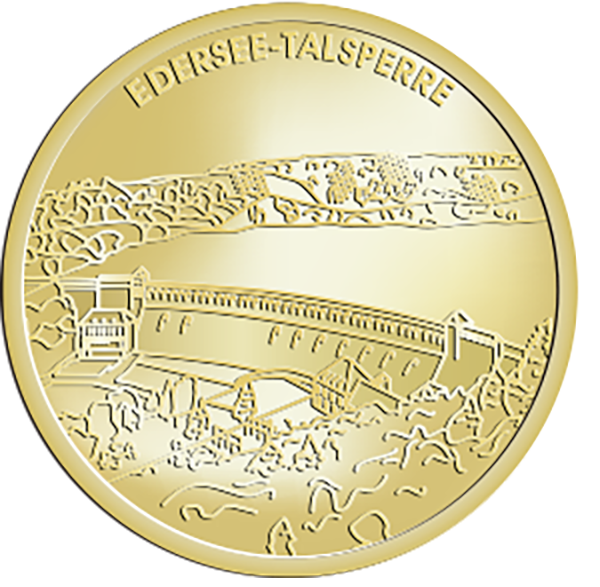 The Edersee Dam is a hydroelectric dam spanning the Eder river in northern Hesse, Germany. Constructed between 1908 and 1914, it lies near the small town of Waldeck at the northern edge of the Kellerwald. Breached by Allied bombs during World War II, it was rebuilt during the war, and today generates hydroelectric power and regulates water levels for shipping on the Weser river. At low water in late summers of dry years the remnants of three villages (Asel, Bringhausen, and Berich) and a bridge across the original river bed submerged when the lake was filled in 1914 can be seen. Descendants of those buried there go to visit the graves of their ancestors.