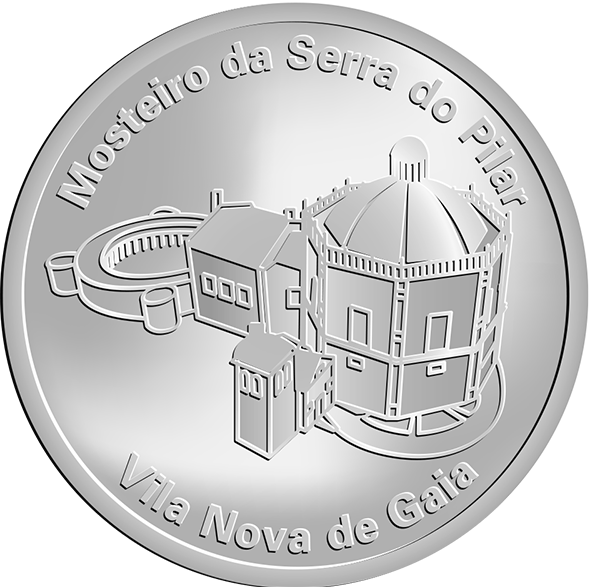 The convent built in the 16th century belonged to the Order of Saint Augustine. The church is characterised by a circular shape, a replica of the Church of Santa Maria Redonda in Rome, and is covered by a hemispheric vault with a narrow balcony running its full extent. It took 72 year to complete due to the lack of funding and the political turmoil of those times – with the kingdom of Portugal having fallen to neighbouring Spain. One legacy of that event was the adoption of a Spanish saint for the monastery, Our Lady of Pilar. In 1832, during the Siege of Oporto, its military value was made use of with the convent swiftly turned into an improvised fort. At the beginning of the 20th century, the monastery was used for military barracks and remains under the tutelage of the Serra do Pilar Artillery Regiment.